Often described as fanatic warriors, these Celts were known throughout the ancient world as the bravest and most dangerous of their warriors. The references to them are in Britain, Galacia and the Alpine region, as well as legendary Ireland. Mythologically they were referred to as Skyclad.

8 figures per pack. Figures are 28mm sized, supplied unpainted and made of metal. Shields need glueing in place. Spears are not included in the packs. You need to make your own out of wire, or purchase a wire pack from our modelling accessories section. 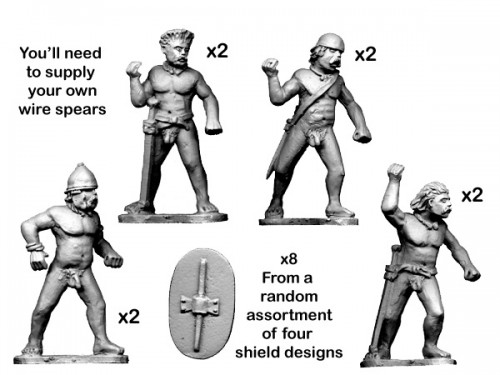