Napoleonic Wargames Rules. March Attack are presented as an 80 page A4, full colour, perfect bound book. The rules are designed to allow players to fight large battles with battalion sized units in a reasonable amount of time. Command and control, orders and morale for large formations are combined with easy to learn tactical game mechanics so that battles of a Corps or more a side can easily be fought by a few players during an evening. Each unit on the table represents a battalion of infantry, regiment of cavalry or battery of artillery. A ground scale of 1” to 60 yards, one turn representing 20 minutes and fast paced strategic movement rules mean that battles play out at a realistic rate. Combat is dealt with in a manner that allows large numbers of units to be fielded and the interaction between strategic movement and tactical combat allows for a fast paced game that keeps a good level of detail. Seven different training and morale levels combined with the historical strength of a unit introduces the concept of ‘Combat Value’. This ties together all of the tactical rules and ensures that troop quality, more than just luck or buckets of dice, plays an important part in every battle. 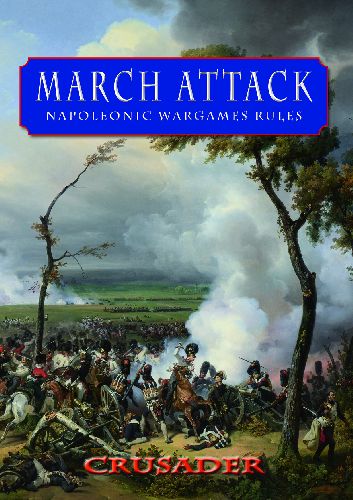