Sub Roman Infantry Command Group.
These figures represent the warriors defending Britain, Gaul and other parts of the Empire once the Legions had left to protect Rome. Famously they are the warriors of King Arthur.

Figures are 28mm sized, made of metal and supplied unpainted. 4 figures per pack 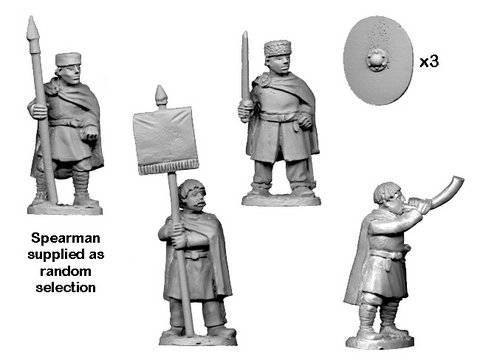