A unit deal of 24 figures made up from our 79th New York Highlander figures.

Includes paper flags and flag poles. The flags have been provided by 'Flags of War'.

The 79th were a New York regiment that celebrated it's members Scottish background with it's unique uniform. They wouldn't have worn this uniform much after 1861, evidence points to them marching to The Battle of 1st Bull Run July 1861 wearing it, led by kilted pipers. Whether you want to field this colourful regiment in battles after 1861 is down to your choice.  I certainly will be. 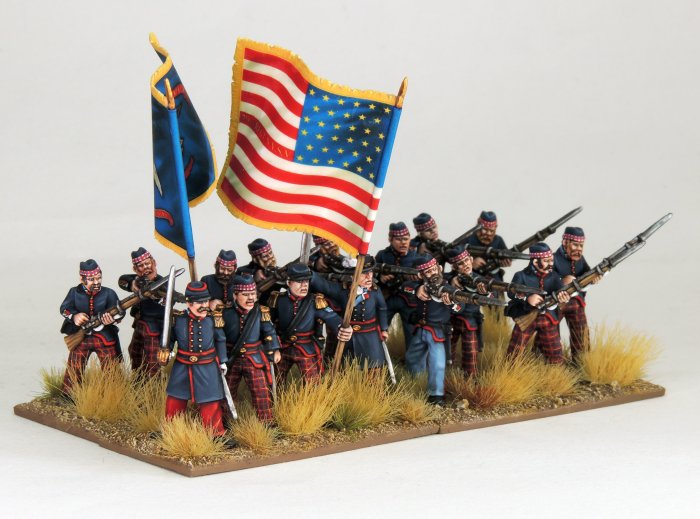