The US Marines were only a small formation during the American Civil War, but they served throughout.

They fought in the maelstrom that was the Battle of 1st Bull Run 1861 alongside their Union Army comrades.

This unit deal represents the US Marines. They wore regular army Kepi and Frock coats. The difference is that their trousers were white, and the straps to their accoutriments was white. Some small details that were also different was the style of the NCO stripes, and that the Officers has Russian Knots on their shoulders not straps. Most of these differences you can paint on, the Officer shoulder knots need to be modelled on yourself.

Unit deal is made up of 24 figures in frock coats and kepis. The unit includes one officer, one drummer and two standard bearers.

We will also send you two US Marine flags printed by Flags of War. Flag poles are supplied. 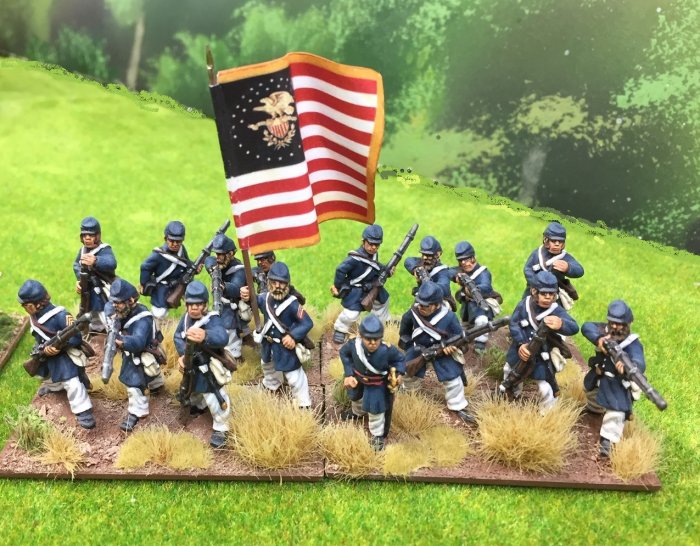