Models representing the Motorcycle troops from the French Dragons Portés during the 1940 campaign against Germany.
The can also be used as French motorcycle recce troops in other formations.
28mm sized metal figures, supplied unpainted. 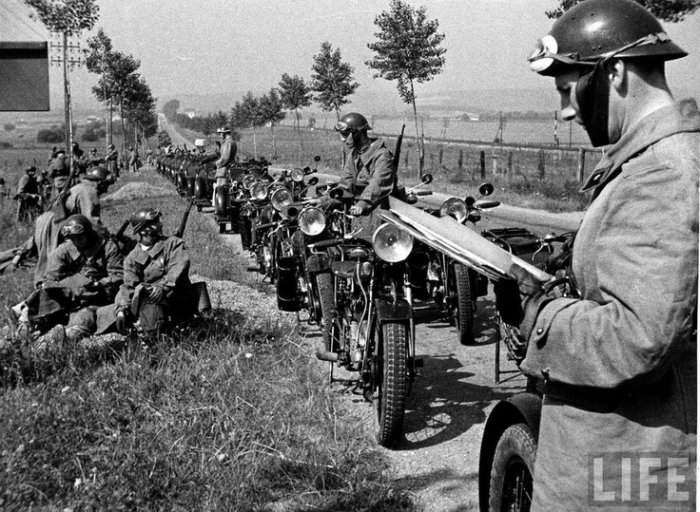