The Kardakes formed the infantry of the Later Persian Empire 401-330BC. Armed like Hoplites to face the Greek threat, they failed, and their Empire were swept away by Alexander the Great.

8 unpainted figures per pack. Spears are not provided, look to spear pack NSS102 for the most suitable. 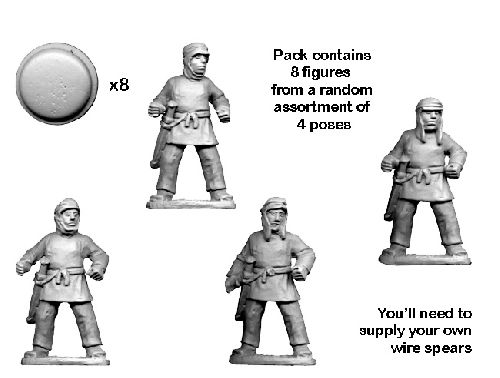